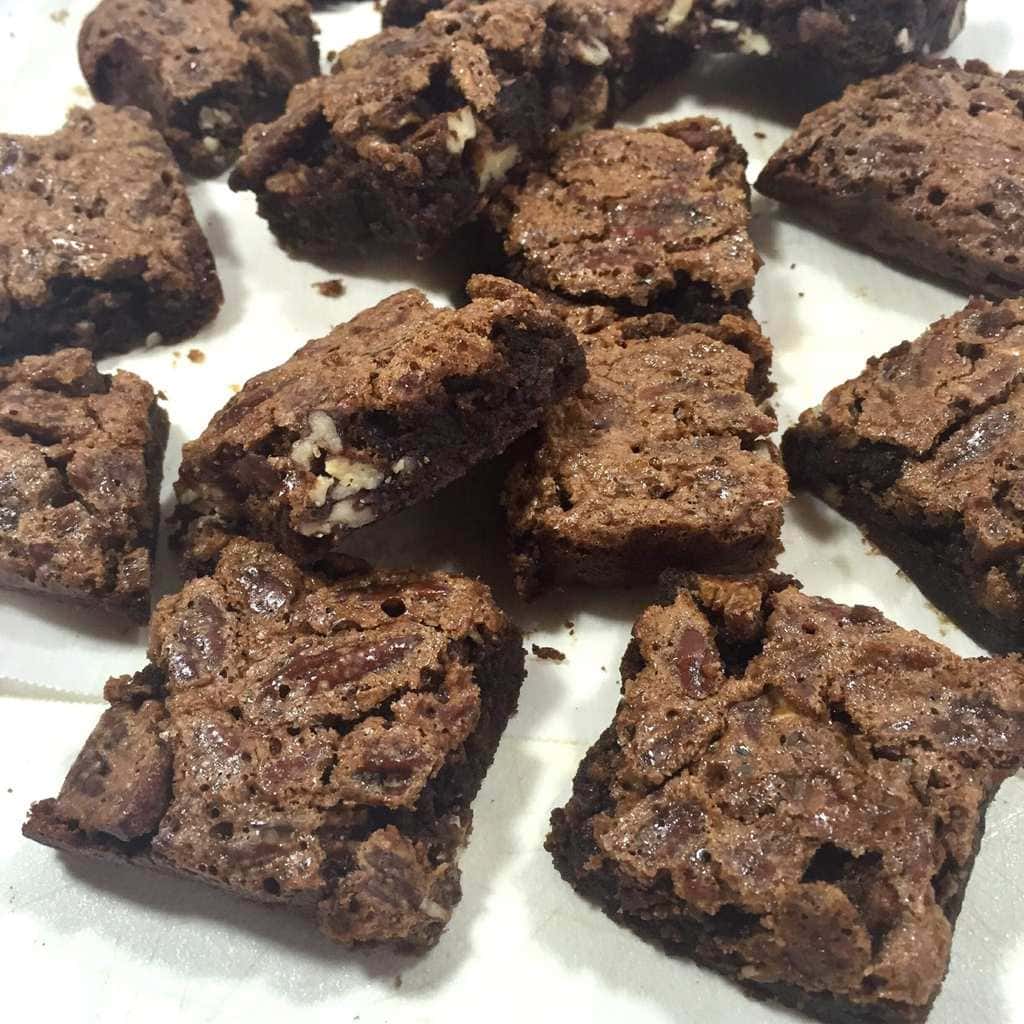 This recipe was inspired by Katherine Hepburn’s famous brownies.

There’s so much to respect about Katherine Hepburn.

Her acting was second to none.

In fact she still holds the record for winning the most Oscars for Best Actress.

In fact she won four times.

She was also independent in an age when most women weren’t. She was beautiful and smart.

And she was never afraid to tell someone what she thought. Have to respect her for that alone.

But being a Foodie, one thing stands out from the rest.

She made the most incredible Brownies in the world!

I discovered her recipe years ago.

Her Brownies were unlike any other recipe I’ve seen before.

So instead of a cakey brownie, hers were rich and fudgy.

And her original recipe, unlike recipes that call for cocoa powder, was doubly rich with a full 2 ounces of unsweetened baker’s chocolate. 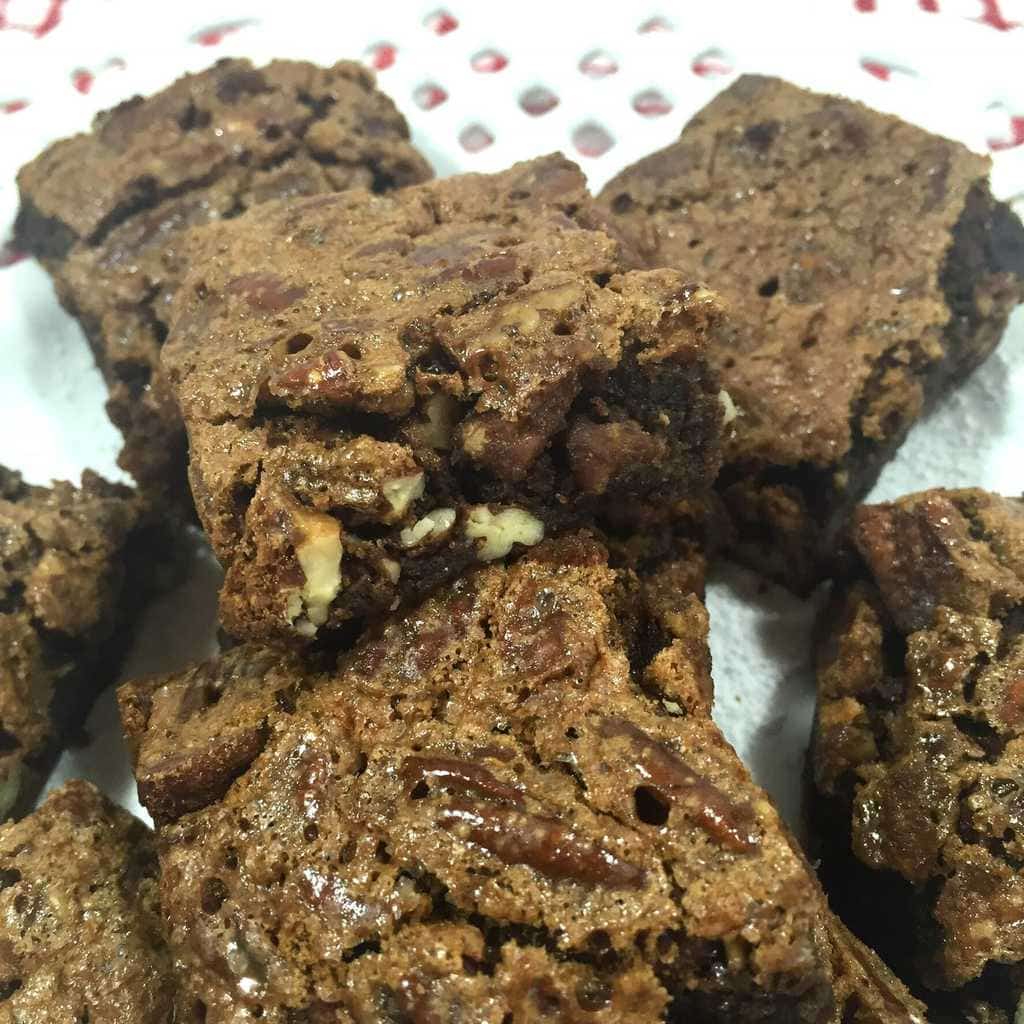 Now, this being a blog that emphasizes healthy recipes, I haven’t let you down.

Yes there’s sugar and butter, but the super heathy aspect of this recipe is the chocolate.

Did you know that chocolate is actually good for you?

It’s full of flavonoids, which act as antioxidants.

In fact, dark chocolate contains 8 times as many antioxidants as Strawberries.

It actually stabilizes your blood pressure. And it balances hormones in your body.

I mean, does this get any better?

Yep, because chocolate is also anti-aging.

It actually increases circulation in the skin and helps improve its ability to retain moisture.

This moisture helps reduce the appearance of wrinkles and helps you look younger.

Maybe this is why Katherine Hepburn kept her beauty all her life.

And with all those antioxidants from her Brownies, she was in excellent health and lived to be 96. 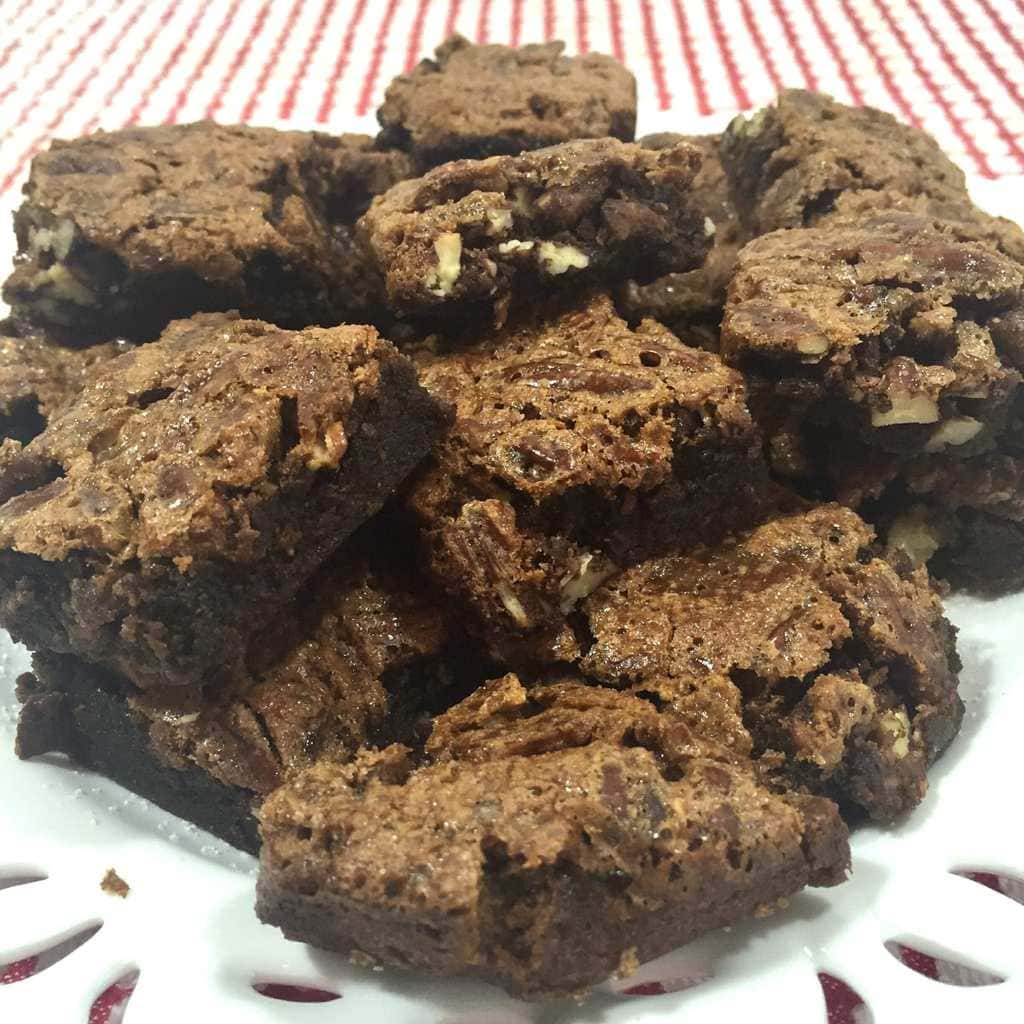 On top of all of this, chocolate just tastes good.

It stimulates endorphin production, which makes you happy.

And it also contains serotonin, which is a stress reliever.

So thank you, Katherine, for this excellent recipe.

With a recipe as perfect as this, I know I should leave well enough alone.

But I just can’t help myself.

I know that Brownies and coffee are a wonderful combination.So why not Cappuccino Brownies?

The addition of Espresso Instant Coffee would work. A brownie and a sip of coffee, all in one bite!

How to Make Cappuccino Brownies

First preheat your oven to 325 degrees. Low and slow is how these brownies bake.

Then, line an 8” square pan with parchment.

I’ve tried both buttering and spraying the pan and nothing is better than parchment for these brownies.

Then in a medium sized pan over low heat, melt the butter and the dark chocolate, whisking until smooth.

Next, remove from heat and whisk in the sugar until blended.

Then whisk in the eggs and vanilla.

Pour the mixture into your prepared pan and bake for 40 minutes.

When cool, cut into squares.

Be sure and add Unsweetened Chocolate.

Anything more than that will make these brownies overly sweet.

I almost always use Wondra flour, because it’s light and doesn’t clump. 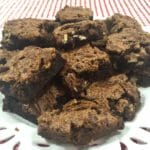 Brownies and coffee are a wonderful combination. So why not Cappuccino Brownies? A brownie and a sip of coffee all in one bite.
Prep Time10 mins
Cook Time40 mins
Total Time50 mins
Course: Dessert
Cuisine: American
Keyword: Cappucino Brownies
Servings: 16 Servings
Calories: 170kcal