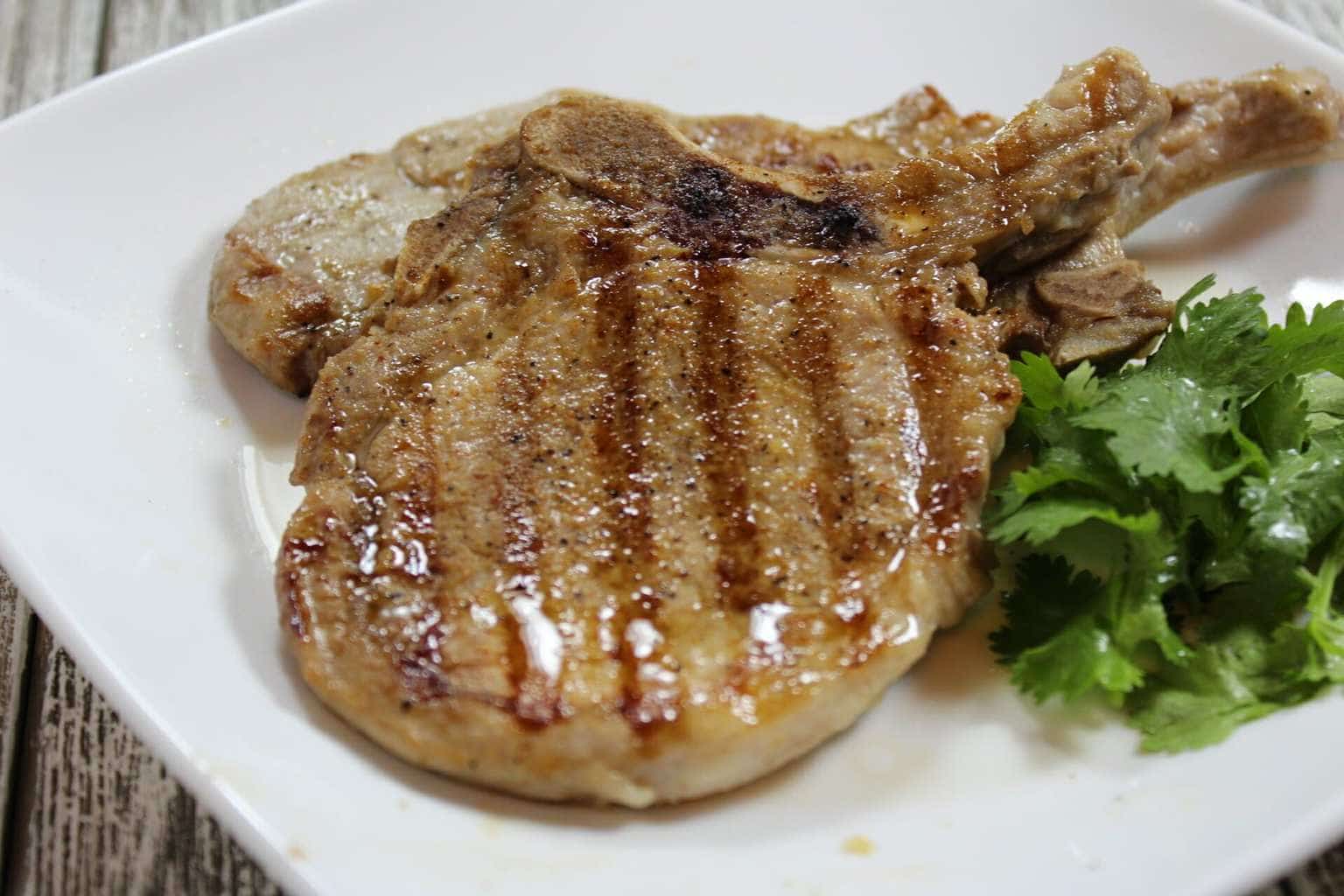 My husband, being from the South, loves all things pork from bacon to chops.

And he has absolutely fallen in love with this recipe for Mesquite Marinated Pork Chops.

In the past I’ve never really been a fan of pork chops because I found them to be too dry or worse, way too chewy.

It’s probably due to the fact that years ago people were indoctrinated to believe that you had to cook pork way past it’s “done” state in order to safely eat it.

I blame it on the United States Department of Agriculture who stated that pork Had to be cooked until 160 degrees to be safe.

This resulted in chewy, leathery, dried out pork.

It wasn’t until 2011 that the USDA finally said that pork loin or chops cooked to 145 degrees was perfectly safe to eat.

And by golly, a bit of pink was OK too.

And what a difference that made. Chewy, dried out pork was now tender and juicy.

Cooking them was going to be a challenge to avoid those dried out pork chops that I remembered so well.

So I thought in order for them to be juicy, they really needed a head start with a marinade.

I whisked it together and let the thin little chops soak for about an hour.

To cook, I momentarily thought of pan frying, but that Mesquite Marinade said these Needed to be grilled.

So I pulled out my Griddler, placed the chops inside closed the lid for 2 minutes. 2 minutes! and they were perfectly done.

These Mesquite Marinated Pork Chops are my new go-to recipe.

If you don’t have a Griddler, you can also pan fry these.

With thin chops like these, just add 1-2 Tb of oil to a frying pan over medium high heat.

Then cook the pork chops 2-3 minutes on each side. 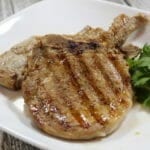