You are here: Home / Christmas / Healthy Roasted Vegetables with Garlic

I love all vegetables, especially these Healthy Roasted Vegetables with Garlic, and if you read the About Me page you see that I always have. I don’t know, maybe your system just craves what you need, even though you don’t realize that you need it. (Hmmm, wonder if that’s true for chocolate? Which is actually great for you…but that’s another post.) 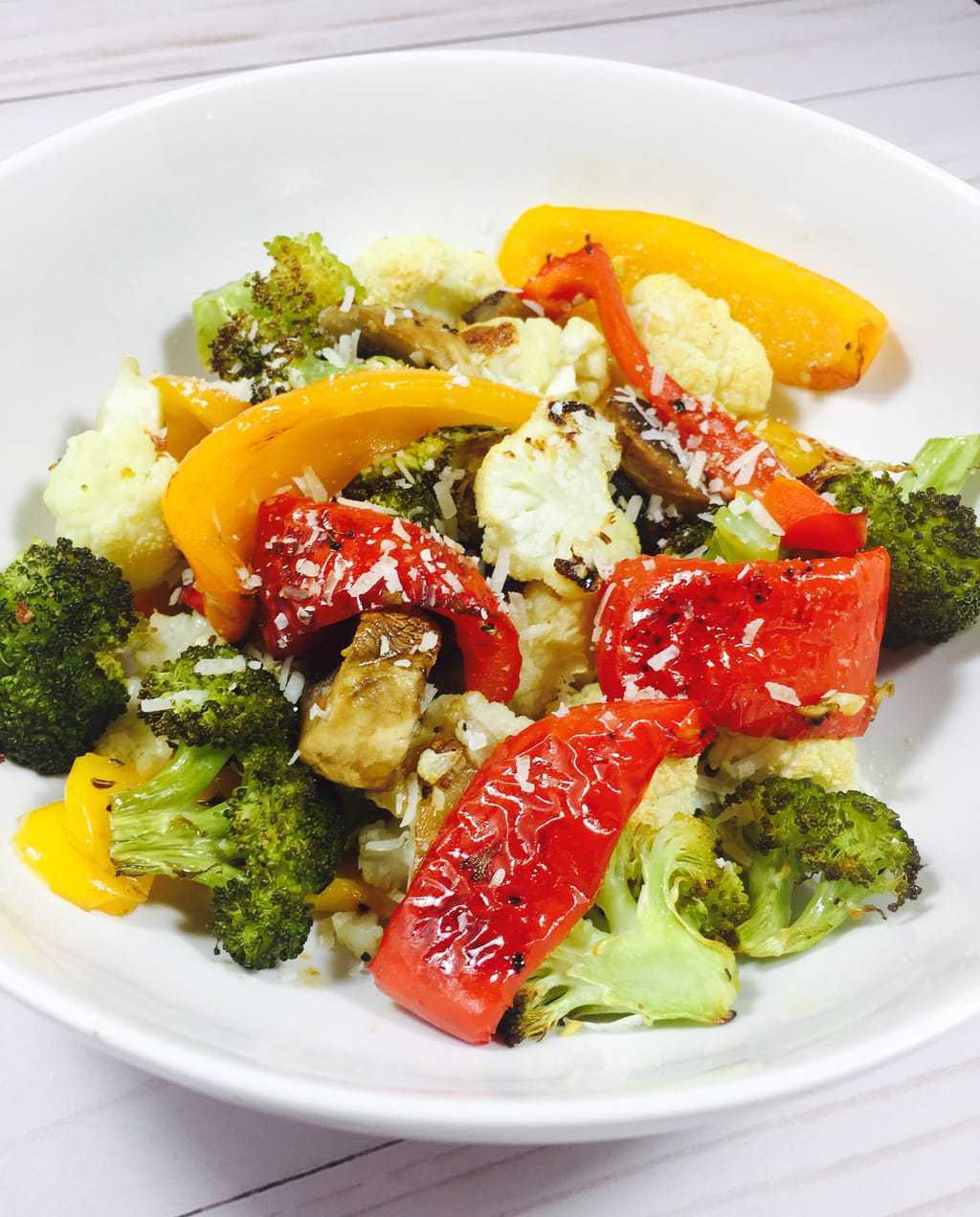 Today it’s about vegetables. And some of my favorites are broccoli, cauliflower, mushrooms, peppers and of course garlic, which makes everything wonderful. And I thought about the health aspects of each of these and even why this combination is great. 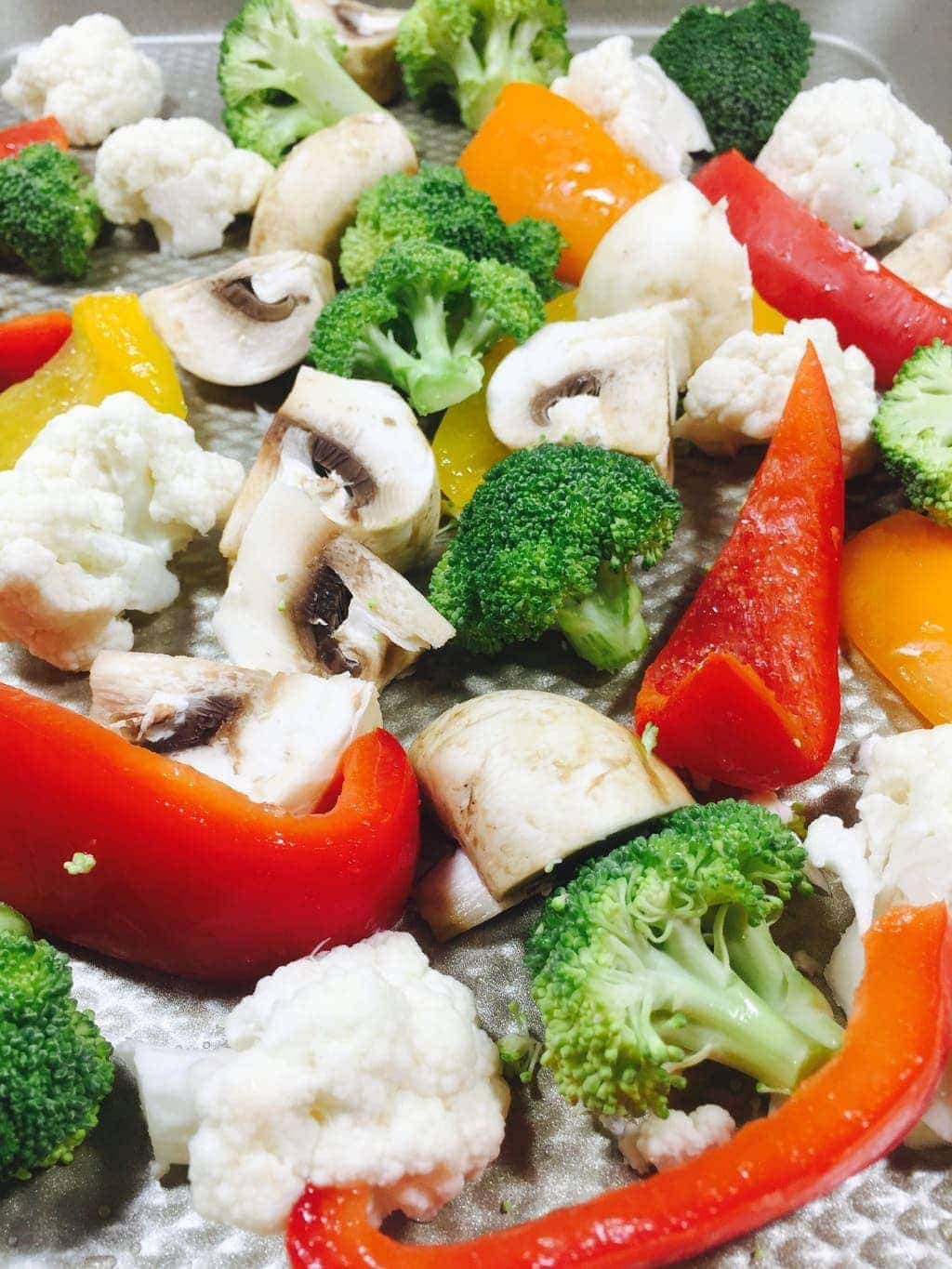 When I was doing research for my book, Natural Healing Foods, I discovered the huge benefits of broccoli. The American Journal of Clinical Nutrition in 2000 published a paper that listed foods most likely to prevent colon cancer and the food that stood out the most was broccoli.

Then there’s cauliflower. Did you know that it’s not really a vegetable, but rather the flower of the plant? But this flower packed with Vitamin C,  has been found to be helpful against cancer.

And mushrooms increase your immune system. According to studies done at the Kansai Medical University in Osaka, Japan, they found that the mushroom compound, AHCC, plays a key role in a healthy immune system, and that it could reduce our need for antibiotics and lessen our rate of bacterial resistance allowing us to fight infection more easily. 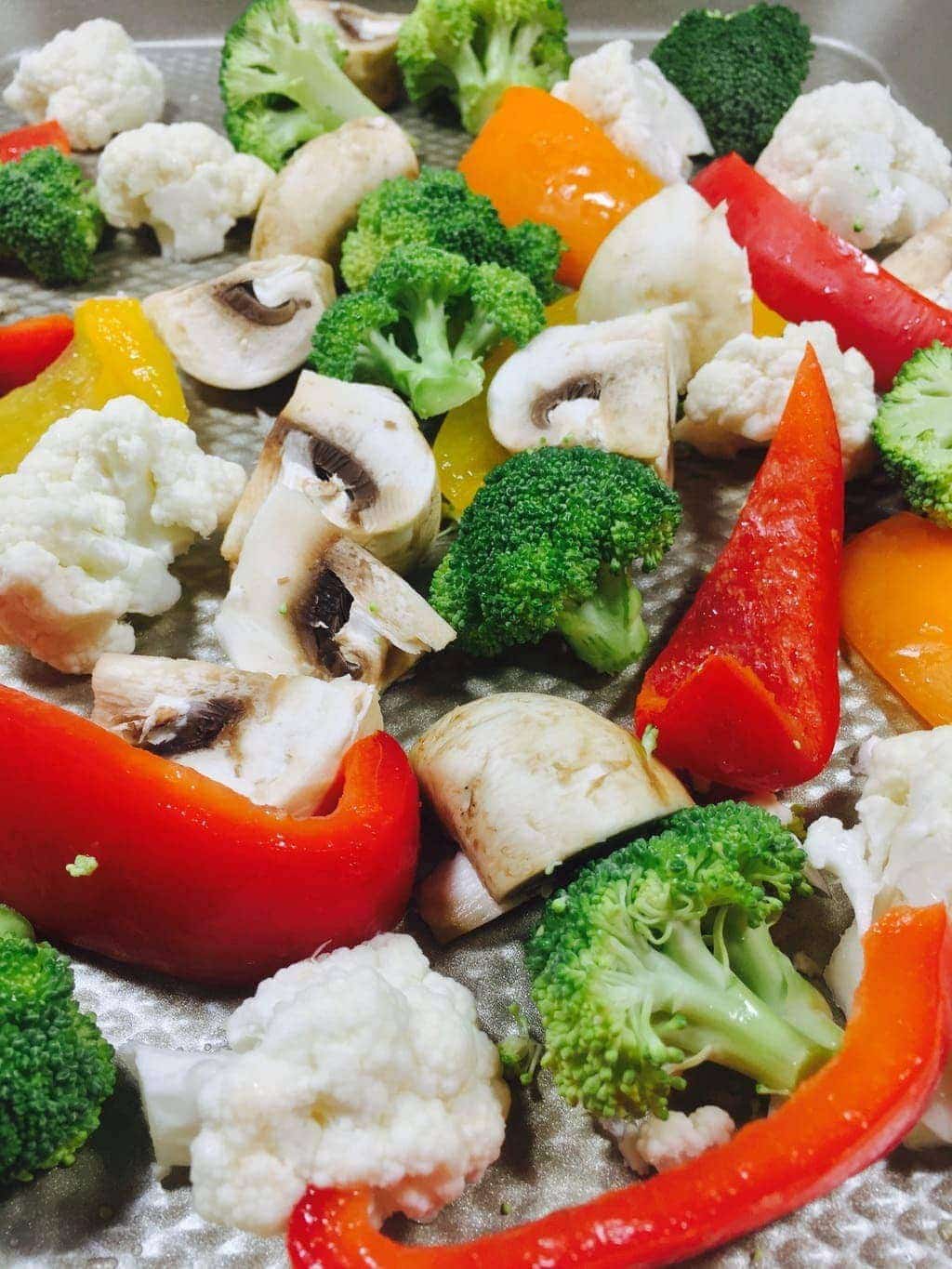 So what about Peppers? Fabulous news here. Peppers could actually help you lose weight. The Exercise Metabolism Research Group at McMaster University in Ontario studied the effects of capsinoids, the compound found in sweet peppers, on a group of 12 young men. Half we’re given a placebo, and the other half were given the capsinoid. They found that the capsinoid group, after 90 minutes of moderately intense cycling, had much higher energy than the placebo group. They concluded that sweet peppers had potentially played a key role in their increased energy and could be used as a weight loss aid.

The good news continues as we investigate garlic, which has been referred to as “Russian penicillin”, because of its ability to fight disease. A study was done at the Clinical Research Center in New Orleans where 9 patients with severe hypertension were given 2400 mg of allicin, a compound in garlic. The results were impressive. Within 5 hours after taking the garlic, their sitting blood pressure was lowered and continued to stabilize for several hours, with no side effects.

So in thinking about all of this health research, why not combine all of these great vegetables in one dish? Add in healthy olive oil, which helps keep your heart strong and healthy, and you have a delicious side dish that your children might even love. Just don’t tell them how healthy it is for them. Oh, and for dessert, give them some dark chocolate.

Health note:  Did you know that peppers could actually help you lose weight? Researchers from the Exercise Metabolism Group, Department of Kinesiology at McMaster University in Ontario studied the effects of capsinoids, the compound found in sweet peppers, on twelve men, average age of 24. Half were given a placebo and the other half the capsinoid. Their findings were that the capsinoid group, after 90 minutes of moderately intense cycling, had much higher energy than the placebo group. They concluded that sweet peppers had potentially played a key role in their increased energy and certainly could be used as a weight loss aid. 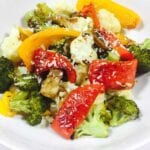