This Bacon Wrapped Pork Tenderloin has flavors that I learned from the Culinary Institute of America that makes this Pork tenderloin absolutely outstanding. 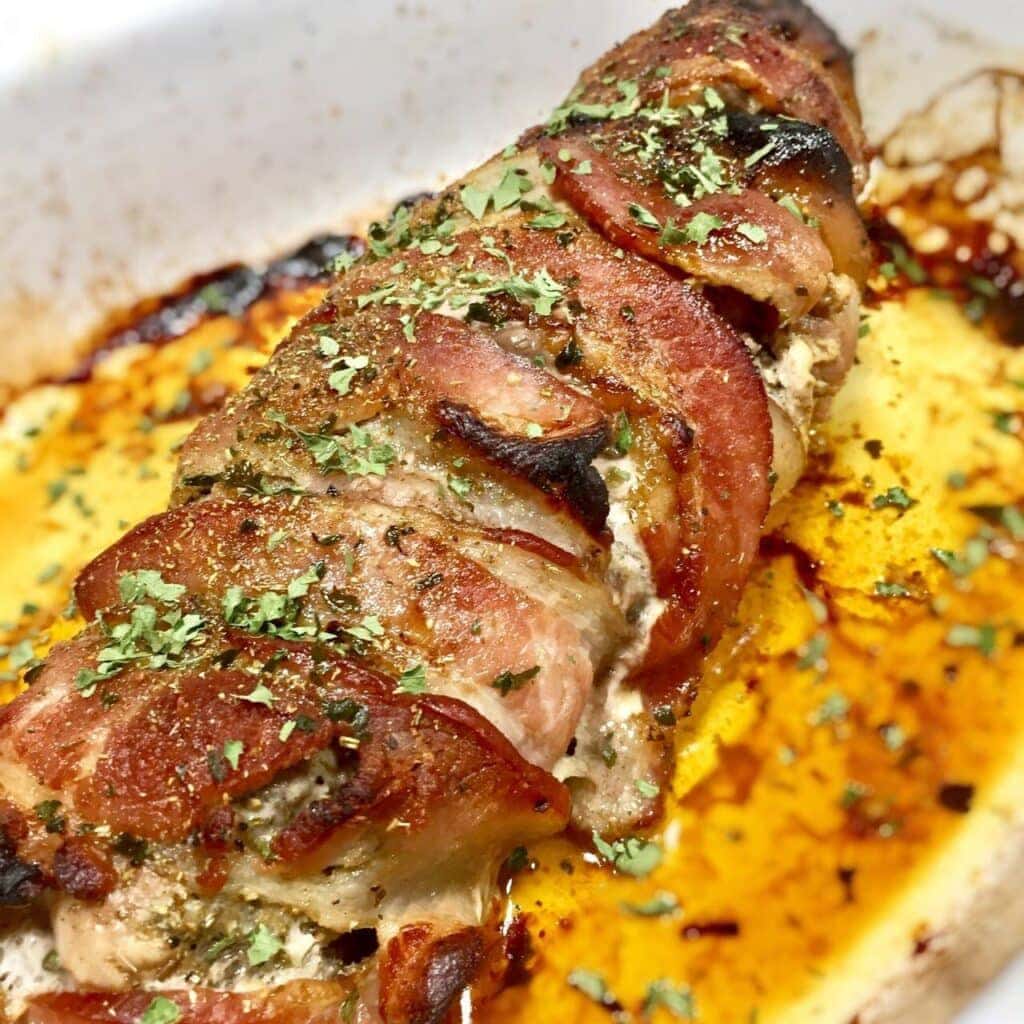 Pork tenderloin can be cooked in so many ways, but the best combination of spices for pork I’ve found was when I attended a Food Writer’s Conference at the Culinary Institute in America in Napa.

First, I have to say “Wow!” to the CIA.  This place is a true foodie’s idea of heaven on earth where people who absolutely love the flavor and creativity of food gather to cook, to learn and to teach.

One of the highlights of the conference was a catered lunch by Alice Waters Restaurant, Chez Panisse.  She was one of the first chefs to promote the Farm to Table concept celebrating locally grown, organic food in restaurants.

The lunch was highlighted by a fabulous pork tenderloin.  I had to know how they made it, so I tracked the chef down and he was kind enough to tell me exactly what how the dish came together.  He said the secret is 3 herbs – Rosemary, Fennel and Sage.

My Pork Tenderloin with Rosemary, Fennel and Sage came from that information.  The difference is that I used the dried versions, where the chef used fresh fennel and sage and wrapped the tenderloin in rosemary branches and smoked it.

Since I love this recipe so much that I thought I’d step it up and wrap the pork tenderloin in bacon.  The result was a definite Yes!

The bacon adds the smoky flavor that was in the chef’s original recipe.

The preparation for this dish is really quite easy.  Just rub the tenderloin with the olive oil on all sides.

Then in a small bowl mix the dried rosemary, fennel, sage, salt and pepper together and evenly sprinkle the mixture on all sides of the tenderloin and add it to a baking dish.

Next carefully wrap the bacon slices around the pork tenderloin.  Four slices of bacon is all you need to wrap a 1 pound tenderloin without overlapping. 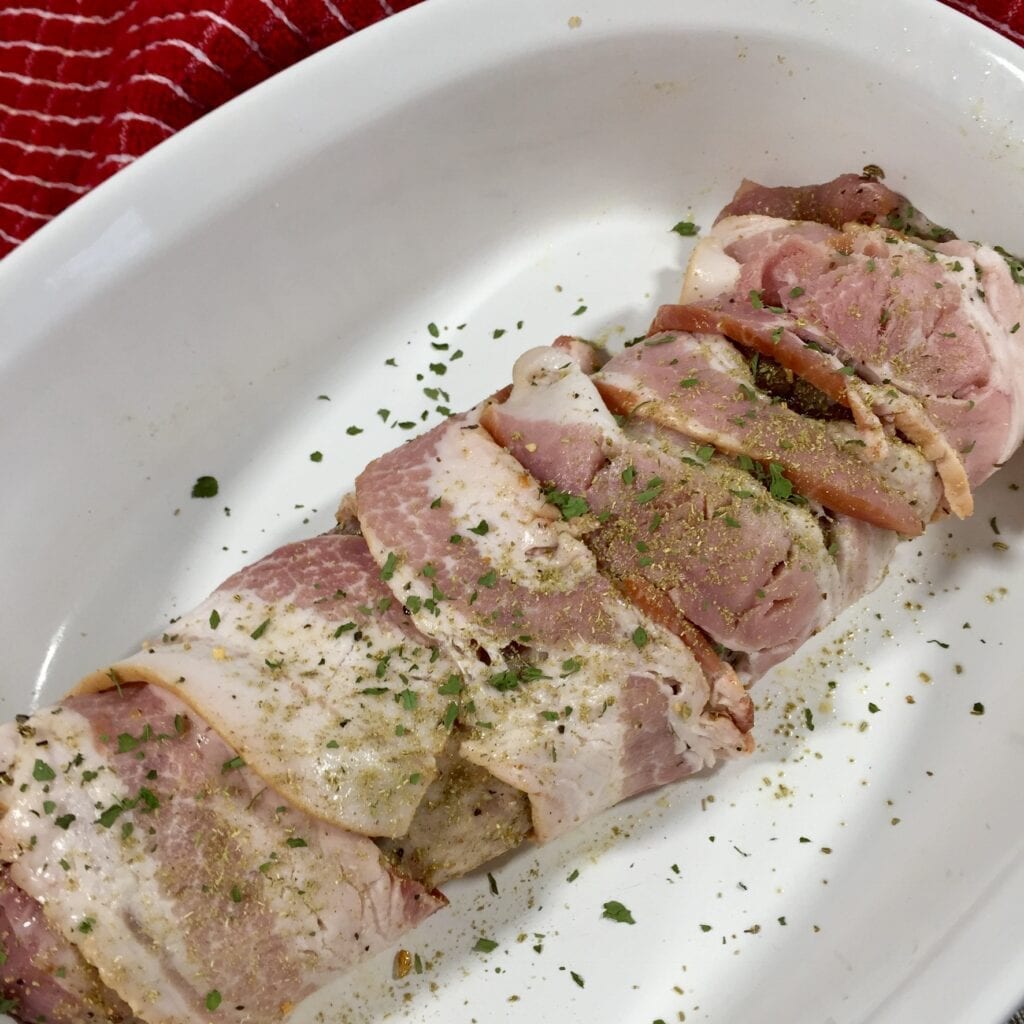 Finally place the tenderloin into a preheated 400 degree oven for 18-20 minutes until the bacon is crisp and the tenderloin registers 145 degrees with a meat thermometer.

Remove from the oven and let the tenderloin rest for 10 minutes.  This allows it continue cooking and become more juicy.

If you’ve been reading my blog for awhile now, you’ll see that I have favorite combinations of spices like this rosemary, fennel and sage combination so for convenience I buy bottles of each of these whole spices.

Then I grind them together in my spice grinder and add it back into the bottle.  That way I have the perfect combination  ready at hand without going through the step of grinding each time.

Does it lose flavor when you compare it to freshly ground spice? Yes, but not a lot.  With these particular spices they’re strong enough to hold up beautifully even after ground. 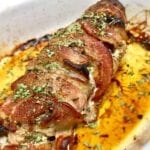