Shrimp Jambalaya is a totally soul-satisfying Cajun-inspired dish that you can happily serve any time of the year. 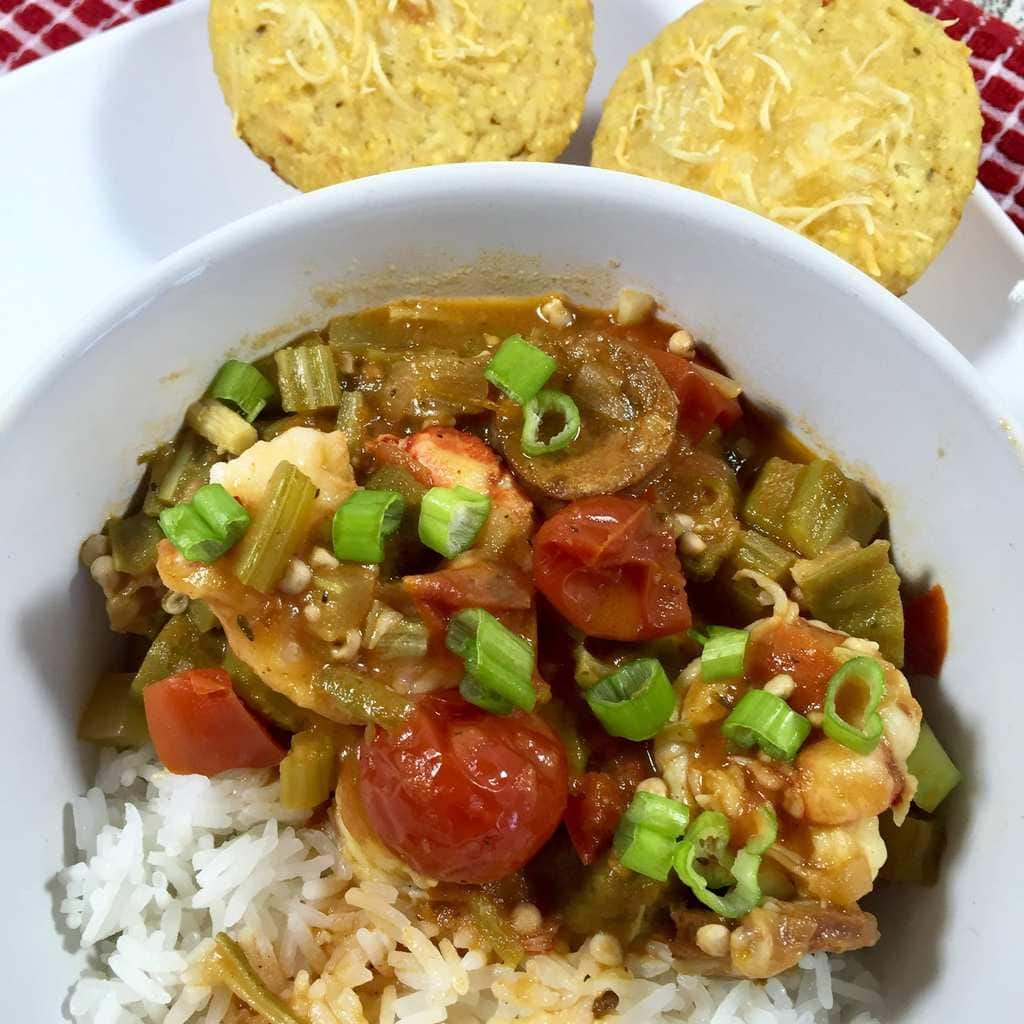 I always like to know where recipes evolved from and the history of Jambalaya is certainly interesting.
It came about through a merging of cultures from Africa, the Caribbean and the French Canadians.
The name Jambalaya actually comes from Jambon, the French word for ham, because it originally was cooked with ham.
But over the years, shrimp was included along with chicken and Andouille, a spicy sausage from France.
So in Shrimp Jambalaya you have the combination of okra, pepper and tomato stews from Africa, the robust spices of the Caribbean and the French touch of a Mirepoix, sans the carrots, as well as French Andouille Sausage.
I should add a fourth influence  – America itself.
Because this new culture occupied the American South, due to the Louisiana Purchase, you also have to include the rich fishing grounds, including shrimp, from the Gulf.
This merging of cultures has created an exceptional culinary delight of Cajun and Creole dishes.
In this Jambalaya, I use shrimp, smoked  chicken Andouille Sausage (which by the way you can find at Trader Joe’s…fully cooked) as well as okra…very traditional and I love it.
And of course you have to add the ‘Holy Trinity’ (as Chef Paul Prudhomme used to call it):  celery, onions and peppers.
So let’s make Shrimp Jambalaya.

How to Make Shrimp Jambalaya

Making the Jambalya is really pretty simple.
I start with a roux, a flour and oil mixture, that I cook until it’s browned.
This roux not only helps to thicken the Shrimp Jambalaya, but it also adds an additional layer of flavor. 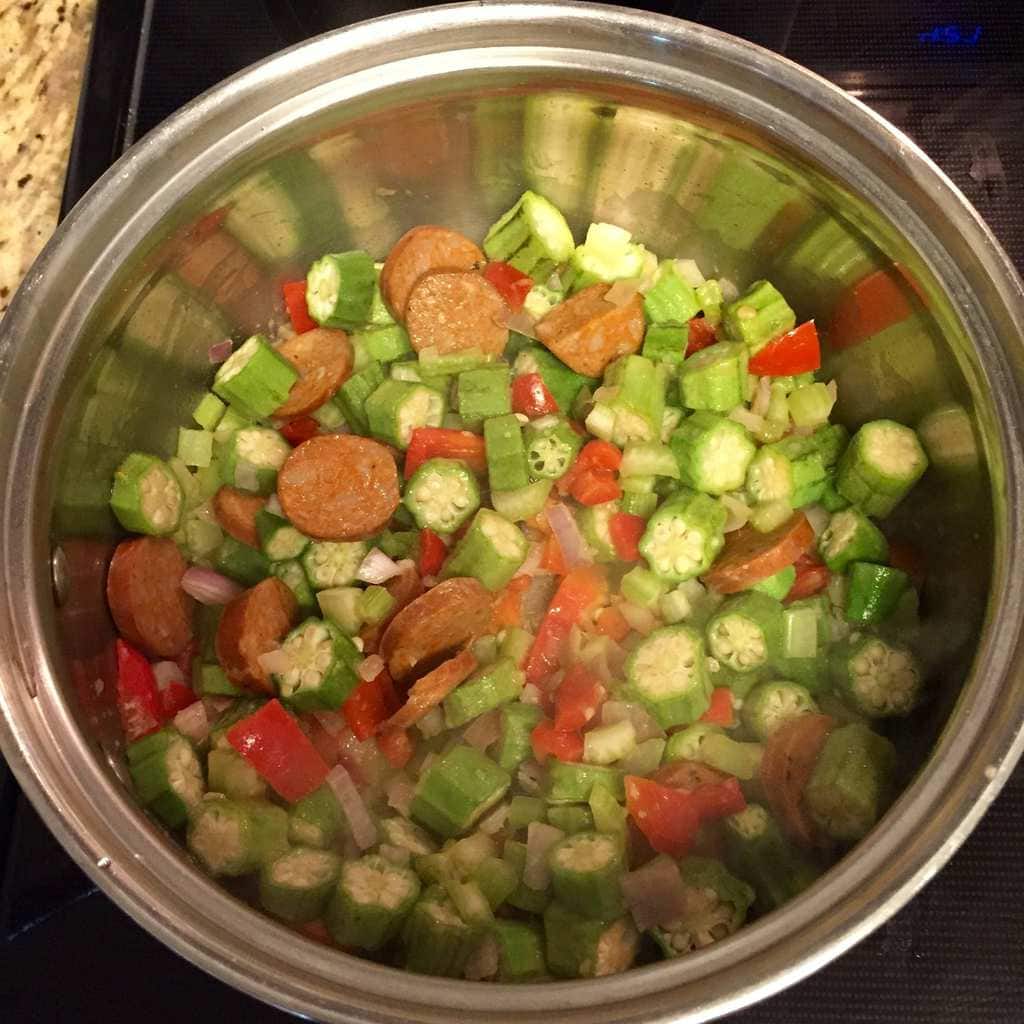 Then I add in the tomatoes, okra and spices along with some chicken broth. 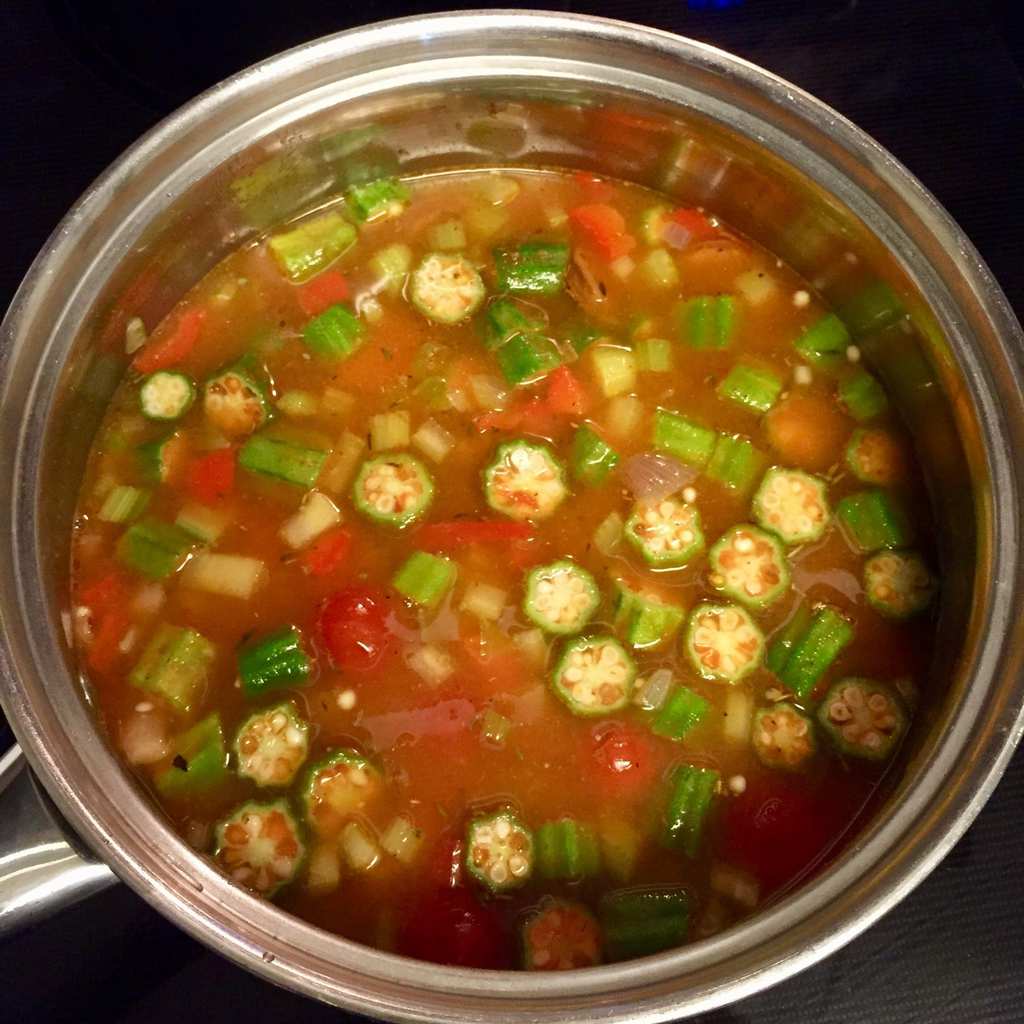 In a traditional Jambalaya, this is the time that you would add the rice and let it simmer for about an hour.
But this Shrimp Jambalaya is a bit easier.
I gave my husband the option: Rice cooked in the Jambalaya or on the side? He said definitely on the side.
Mostly because he’s really kind of a rice purist. Individual little grains of perfectly cooked rice rather the softened rice that you get when you cook it in a sauce.
And I agree. 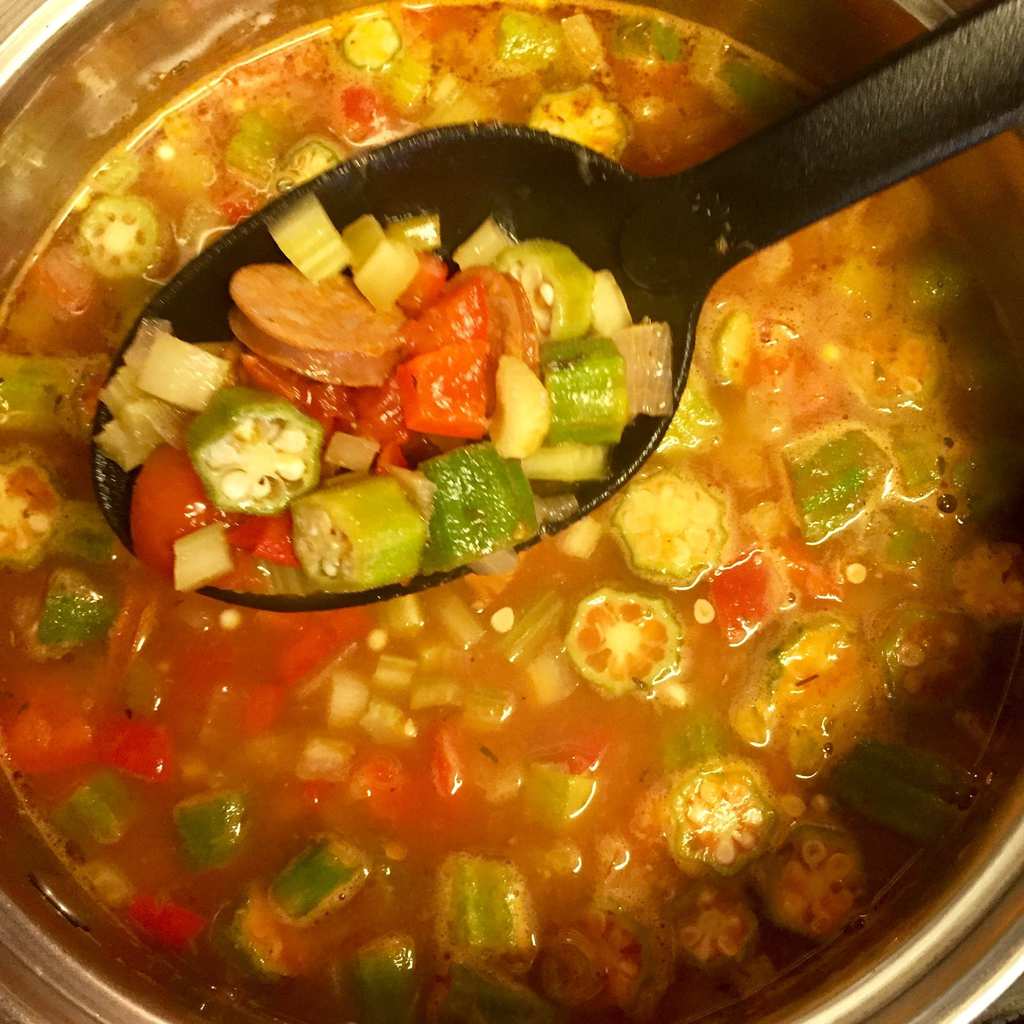 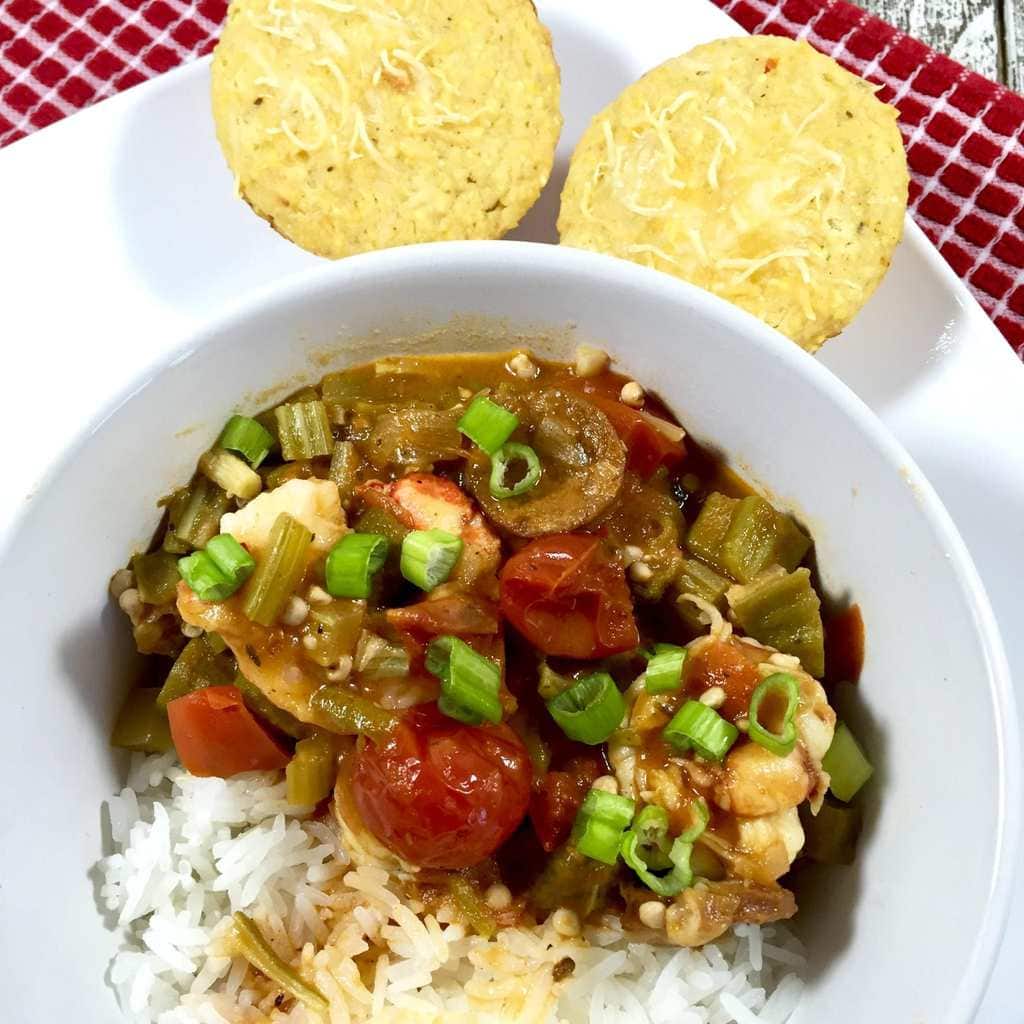 And if you’re into Healthy Recipes, this Shrimp Jambalaya has only 224 calories  and 8 grams of fat per serving!
If you like this recipe, please leave a comment below and pin us on Pinterest! 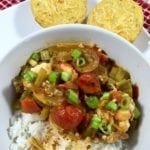