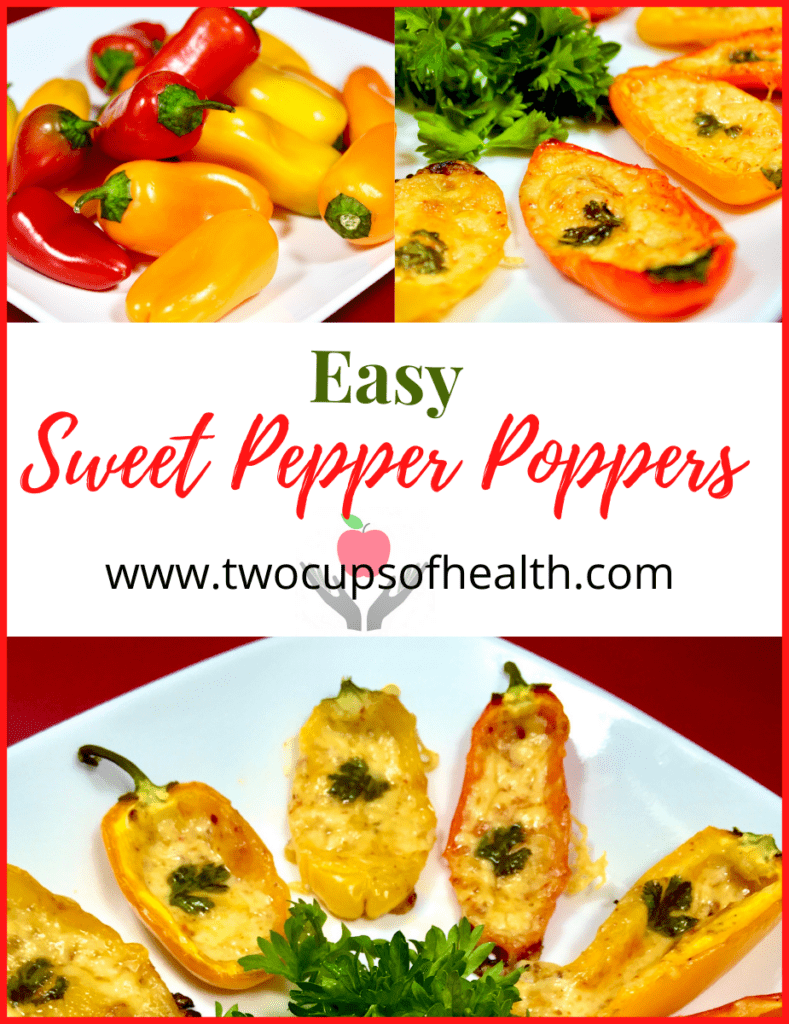 I love dinner parties for lots of reasons.

But I have to confess I get a little obsessed with having everything just right, from the table setting to the food.

It used to be so important to me that the appetizers were perfect, and ditto with the main dish, the sides and dessert.

Truth be told, to say that was stressful was an understatement.

Then I discovered appetizers such as these Easy Sweet Pepper Poppers and, over time, I have learned to relax a bit.

And that’s a very good thing.

I confess I still write out menus.

I have to. It’s called organization.

But now instead of having everything over the top, I try to focus on one thing, and usually that’s the main dish.

As far as appetizers, sides and dessert, my motto now is keep it simple with just a few ingredients and lots of good flavor.

The first time I made these appetizers was not for my party, but for a neighbors party.

She asked each guest to bring an appetizer and I had no idea what to bring until I went to the store and found these gorgeous mini peppers in bright yellow and red and orange.

I had never cooked with them before and wasn’t sure what to do with them, but they were too gorgeous not to buy. 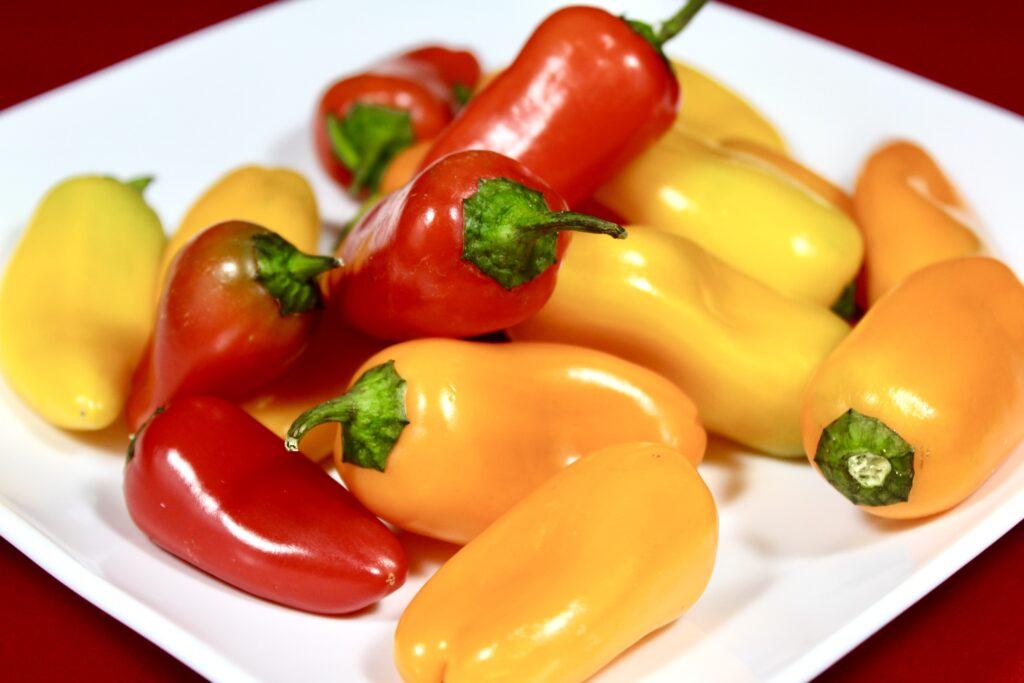 I thought about stuffing them with sausage, which might have been all right.

And then I thought of Pepper Jack cheese.

After baking I put them on this huge red platter with parsley garnishes. 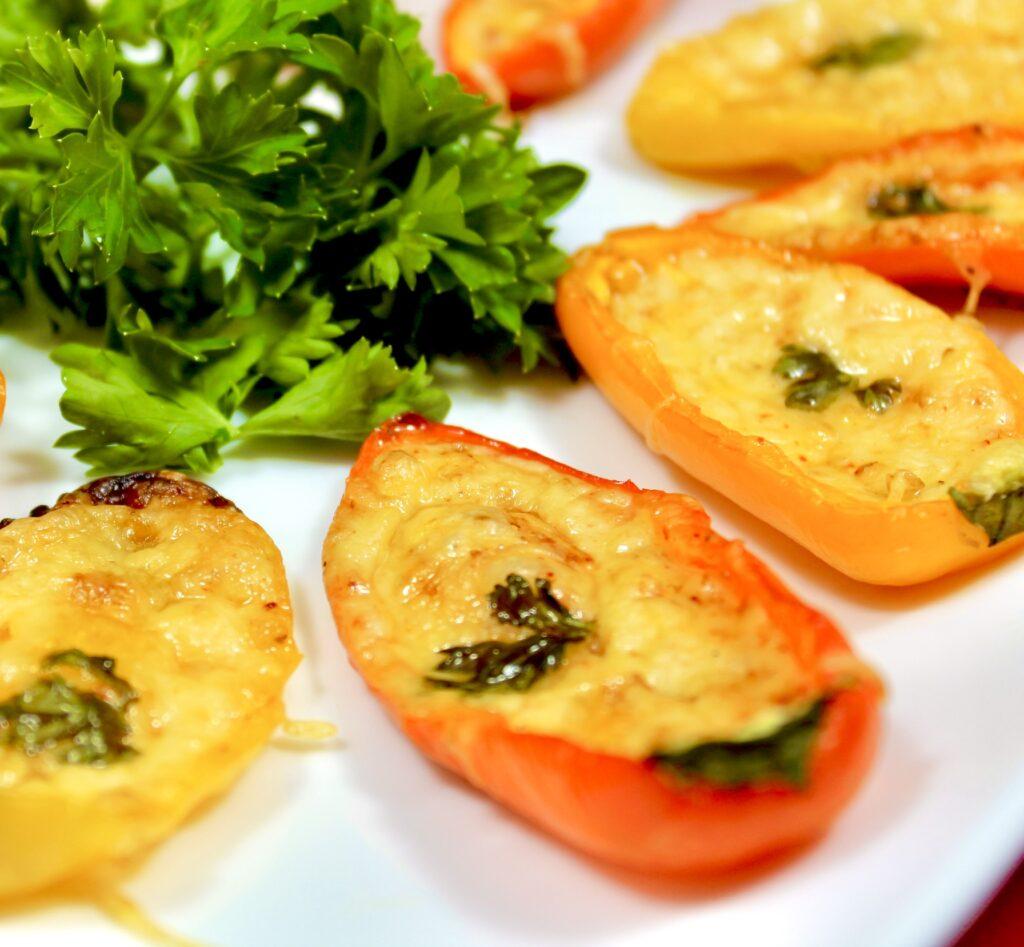 They were a hit and everybody wanted the recipe.

I was almost embarrassed to tell them how simple it was.

So, the other day I found those same beautiful peppers in the store, grabbed them and headed for the cheese department.

And instead of Pepper Jack, I discovered something even better.

I had to get it and that evening made my Easy Sweet Pepper Poppers.

I have to say Pepper Jack was really good on the peppers, but the Chipotle Gouda knocked it out the park.

Smoky, creamy, spicy and easy as can be.

So, let’s make them.

These are beyond easy to make.

Next, grate the Chipotle Gouda cheese and set aside.

Cut the mini sweet peppers in half lengthwise and under running  water wash the seeds out of the peppers.

Then dry them with paper towels.

Fill each halved pepper with a heaping tsp of the grated cheese and place them on a baking sheet.

Sprinkle chopped cilantro over each one.

Bake for 20 minutes until the cheese has melted and the pepper just begin to turn brown.

If you bake them longer, they will become too soft and will be difficult to hold in your hand as an appetizer. 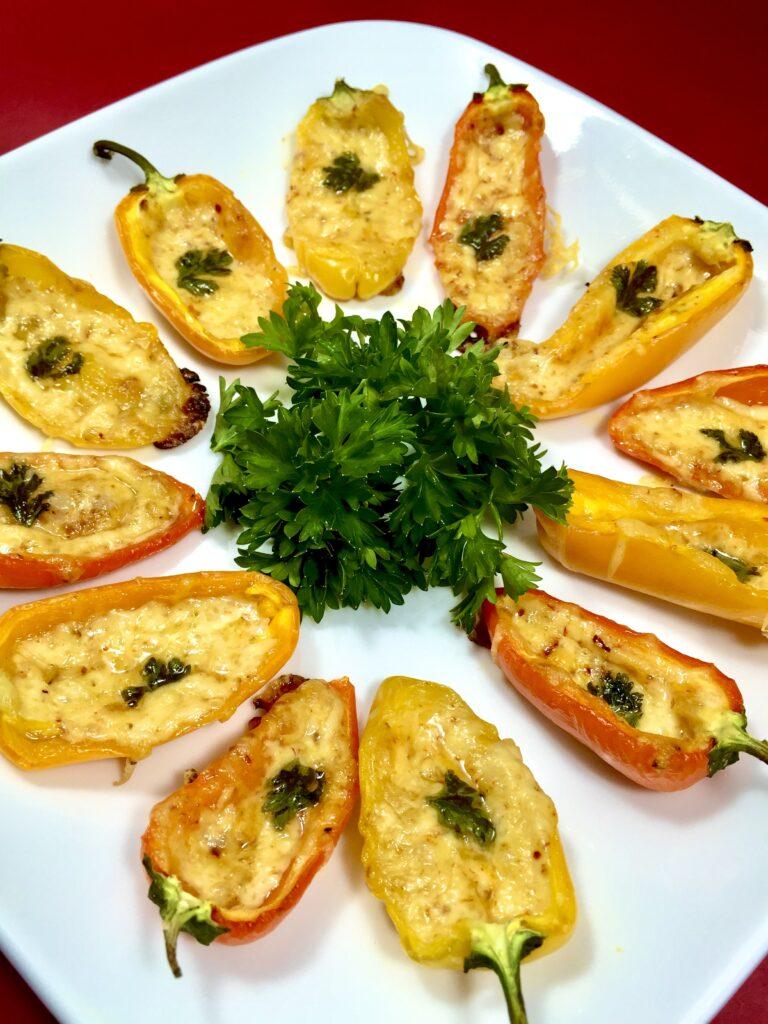 Place on a serving plate and watch them disappear. 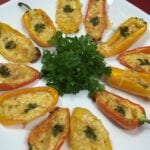